ugh i had such a hard time writing this o_O;;; longest time i’ve spent on a photostory in a while.

Alister, “What would you like to do?”
Malice, “I’unno. Whatever.”

Alister, “Um, well… if San wanted me to babysit you then I don’t want to just leave you bored.”

Alister, “Do you like videogames? Meryll has a new one where you play as a little king.” 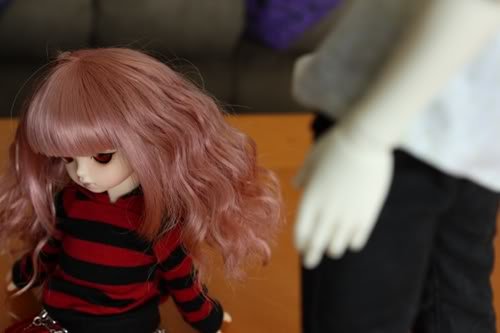 Alister, “Hm… Are you hungry or anything? Want something to drink?”
Malice, “Nope.”

Alister, “Fine, we can just sit here and do nothing.”
Malice, “You’re a doctor, right?”

Malice, “Have you ever touched somebody’s BRAIN??” 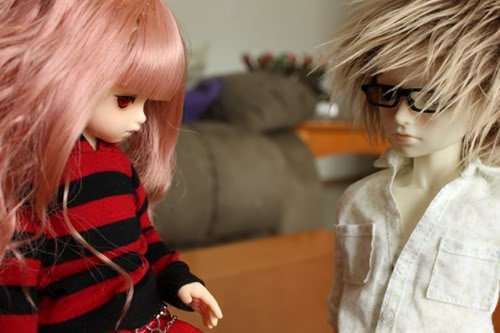 Malice, “Was it squishy? Did it make noises? Did it smell like pickles? Was it–“
Alister, “Sorry, I’ve never touched somebody’s brain.”

Malice, “Oh. What have you done, then?”
Alister, “Well that’s what I was trying to tell you, I’m not ACTUALLY a doctor.”

Malice, “Why?”
Alister, “You have to do a lot of training and I couldn’t finish mine.” 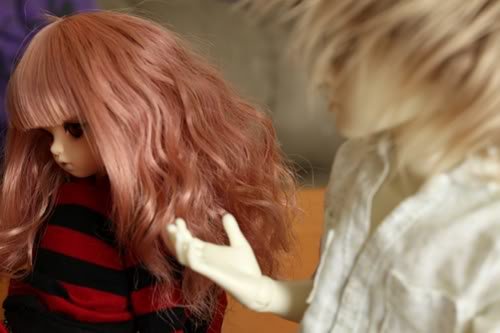 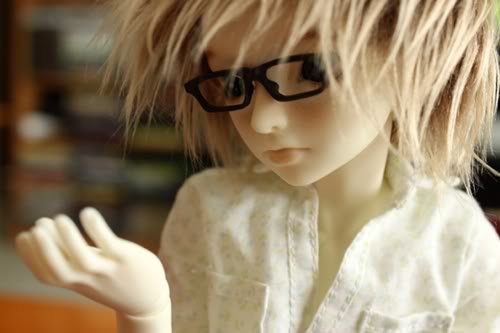 Alister, “Yeah, I like kids. I was going to be a pediatrician.”

Malice, “Do you have a girlfriend?”

Malice, “Lemme see your glasses.”
Alister, “Err, be careful with them please.”

Alister, “Do you mind if I ask about your–“
Malice, “I don’t wanna talk about it.” 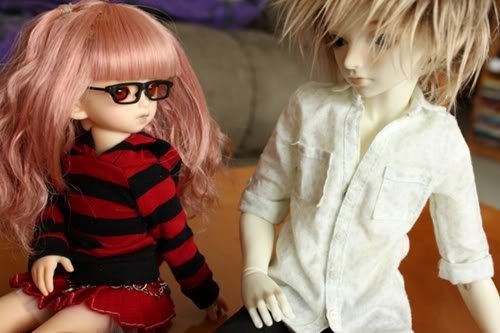 Malice, “Let’s get married.”
Alister, “As flattering as that is, I think you might want to aim about twenty years younger.”

not to mention it’s definitely not worth the jail time involved.

sorry alister’s eyes are a little off

he’s wearing a new pair and i was having a really tough time getting them positioned right.