the pics for this get progressively crappier ;o; the light was going away REALLY fast, sorry.

credit for this story goes almost entirely to lily! i was at a major loss for ideas and she came up with this hehehe of course, it would’ve been a lot better if we hadn’t been doing it as the sun was going down.

Jael, “So! This one has drawn a picture of the Master, since Little Friend has never met him.”

Jael, “With this, us two should have no problem!” 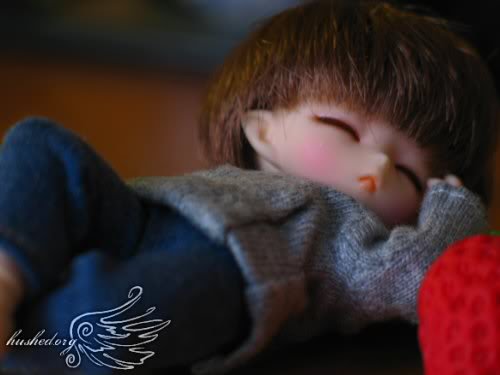 Locke, “Unngh… I think I ate too many strawberries…”
Jael, “GASP!!” 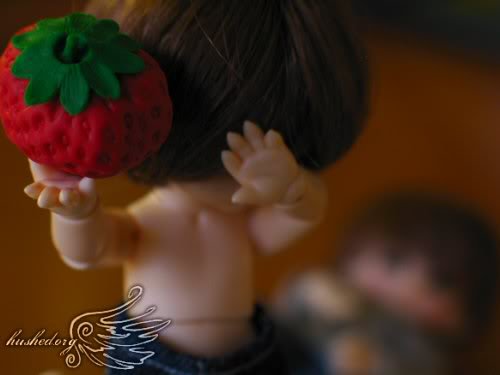 Jael, “Curse you, wretched strawberry!! For being so tasty and making Little Friend ill!”
Locke, “…………….” 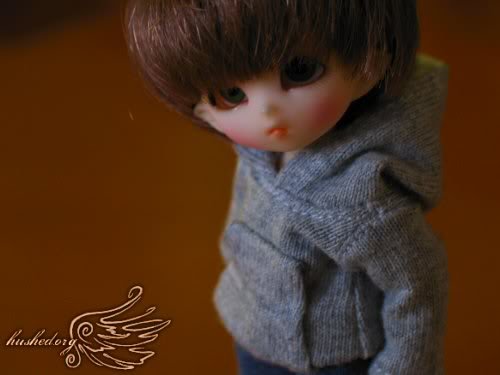 Locke, “So uhh… anyways, what were you saying about a drawing?”

Jael, “Gasp! This one must learn to not distract so easily!”
Locke, “I’ll say…”

Jael, “This one has used his stellar artistic talents to draw a likeness of the Master!”
Locke, “I see. Is he always that girly?” 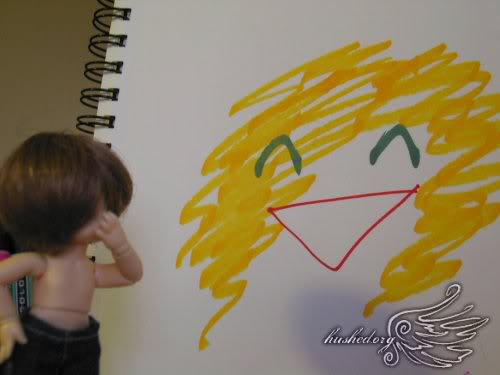 Jael, “What? This one thought it was a rather striking resemblance.”
Locke, “…Right. What’s that other drawing?” 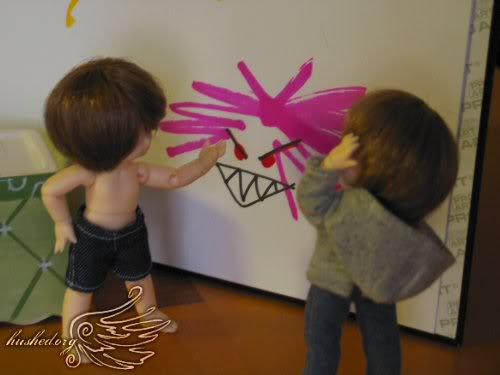 Jael, “The Master may or may not be in the company of one MASTER STEALER. Be wary.”
Locke, “Of course.” 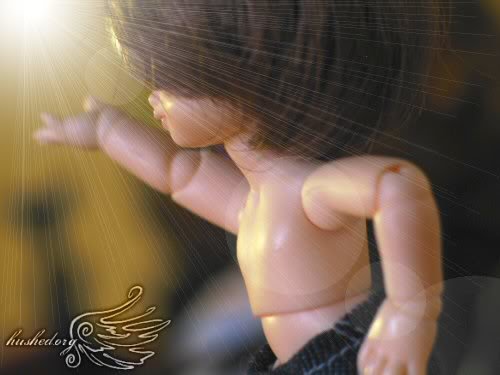 Jael, “NOW ONWARD AND FORWARD!! THIS ONE AND LITTLE FRIEND SHALL FIND THE MASTER!!”
[shwing!]

Locke, “Let’s get this over with, it’s getting late.”
Jael, “Right you are, Little Friend! No time to waste!” 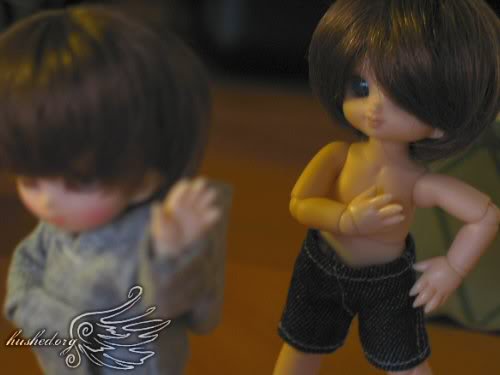 Locke, “Let’s split up.”
Jael, “Excellent! This one will search this end of the house!”

Jael, “Which part of the house are you searching?”
Tato, …Me?

Tato, So you can see me? Really?

Jael, “Of course, this one does not have his eyes closed like you do!”

Jael, “It is much easier to see people with them open!”
Tato, hehehehe!

Tato, You’re silly! I like you! I’ll help you search!

Jael, “Exciting! This one now has two friends! But what should this one call you?”
Tato, Shael’avara calls me Tato.